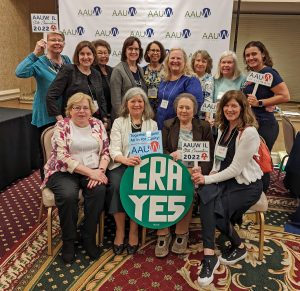 After two years meeting virtually the AAUW Illinois Convention convened in person on May 6 – 7 at the Hilton Doubletree Lisle. Attendees were excited to connect with activists from across the state, celebrate achievements and learn about challenges to equity in the state and nationally. 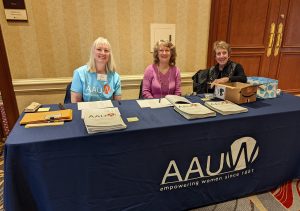 On Saturday Naperville Area members Shoshana Frank, I-ACT, and Debbie Fertel and Anne Swanson, program co-vice presidents, presented examples of how to further AAUW’s mission and build community. Other experts spoke on how social media is transforming our democracy, how to move diversity, equity and inclusion from theory to reality, paths forward for the Equal Rights Amendment (28th constitutional amendment), and challenges to intellectual freedom in libraries and schools. 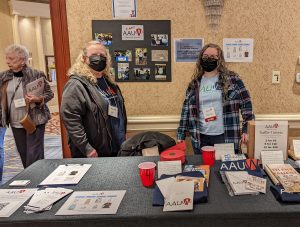 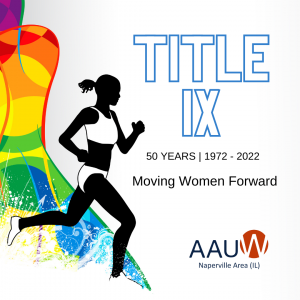